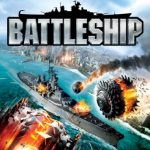 Add to cart
Rating:
Amazon Price: $20.42 $20.42 You save: (%) (as of February 26, 2020 3:09 pm – Details). Product prices and availability are accurate as of the date/time indicated and are subject to change. Any price and availability information displayed on the Amazon site at the time of purchase will apply to the purchase of this product.

Two-thirds of our planet is covered by water. The vast blue water is largely unexplored — making it the ideal place to hide. An unknown alien menace has been lurking deep below the surface waiting for the opportunity to attack. The time is now. This aquatic alien force has launched an extreme attack against mankind, and it's up to you to fight back and preserve civilization before it's too late. Channel the elite soldier inside of you and battle against a deadly enemy from another world.

Gear up for an exciting, action-packed, first-person shooter and fight to defend mankind against an aquatic alien threat in Battleship. Step into the role of Cole Mathis, the U.S. Navy's "boots on the ground," and experience thrilling gameplay as you combat a deadly alien invasion in this game inspired by the upcoming Universal Pictures film. Command real-time control of naval units, strategize a map-wide plan of attack and direct your fleet to launch air strikes, conduct radar sweeps and engage in high-seas combat. Battle against the invading threat on the shores of Hawaii as a member of the elite E.O.D. Arm yourself with an arsenal of deadly weapons and upgradeable naval units, all with special attacks and attributes. Are you ready to prove your worth as an elite soldier?

Key Features: Battle against the deadly alien invasion on the front lines in this action-packed, fast-paced, first-person shooter created as a side story to the upcoming Universal Pictures film Encounter dangerous hazards on land, sea and in the air Strategize a map-wide plan of attack when you seize real-time control of naval units and command your fleet to launch air strikes, conduct radar sweeps and engage in ship-to-ship sea combat Put down the invading threat when you battle on the shores of Hawaii as a member of the elite E.O.D. Lock 'n load with powerful weapons and upgradeable naval units — all with unique attacks and attributes Become Cole Mathis, the U.S. Navy's "boots on the ground," and combat against an unknown aquatic alien force