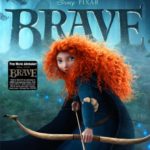 Add to cart
Rating:
Amazon Price: $27.76 (as of February 28, 2020 10:57 am – Details). Product prices and availability are accurate as of the date/time indicated and are subject to change. Any price and availability information displayed on the Amazon site at the time of purchase will apply to the purchase of this product.

Brave: The Video Game is a Third-Person Action-Adventure game that is a companion release to the Disney/Pixar 2012 major animated release of the same name. Brave is Pixar's first fairy tale release and features the adventures of Merida, the studio's first female lead character in a movie. The game features: a family-friendly storyline, bow and arrow as well as a sword combat, agile in-game movement, puzzle play, characters from the movie as well as others unique to the game, and co-op play and the ability to play as a bear.

The video game companion to the 2012 major animated release for Disney/Pixar.
View larger

Be Fast. Be Strong. Be Clever. Be Brave

Inspired by "Brave" the upcoming Disney/Pixar animated fantasy adventure movie, Brave: The Video Game invites players to run, jump and battle their way through the rugged landscape of mythical and mysterious Scotland. By using their wits and bravery, gamers will also be able to wield a sword and bow and arrow to defeat fierce enemies, break a magical curse and save a kingdom.

Play as Merida, Pixar's first female hero and an expert archer, or in the console versions players can also play as other entertaining characters from the film. In addition, they will be able to go on quests through a magical world and solve puzzles to uncover secrets. Gameplay features include an exciting single-player campaign, co-op for family and friends and a special Bear mode, in which players are able to play as a bear.

Key Game Features Third-person action-adventure in which player uncover secrets and break a magical curse Battle fierce enemies with your sword, bow and arrow Jump, dodge and climb through rugged environments Hear the voice of Merida as you play the game Discover new characters and costumes inspired by the film Varied ways to play including a single player campaign, as well as co-op or 'Bear' mode