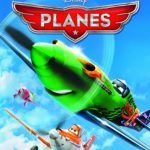 Add to cart
Rating:
Amazon Price: $19.99 $17.24 You save: $2.75 (14%) (as of March 12, 2020 3:47 am – Details). Product prices and availability are accurate as of the date/time indicated and are subject to change. Any price and availability information displayed on the Amazon site at the time of purchase will apply to the purchase of this product.

Play as one of six characters from the movie
view larger

Take on over 40 challenges and missions
view larger

The Magic Is in the Details

From above the world of "Cars," "Disney's Planes" video game takes players on a high-flying, action-packed, fun-filled adventure with Dusty, a big-hearted, speed-loving crop duster, voiced by actor and comedian Dane Cook.

Take to the skies and continue the storyline beyond the film with Dusty and other characters from the film, including Ishani, voiced by actress Priyanka Chopra; Echo, voiced by actor Anthony Edwards; and Bravo, voiced by actor Val Kilmer, as they embark on global missions, air races and grand adventures around the world.

At a Glance Play as one of six characters from the film Travel through six breathtaking environments inspired by the movie Go on over 40 challenges and missions, including racing missions Try three exciting modes of play: Story, Challenge and Balloon Popping