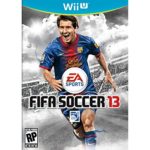 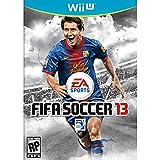 Add to cart
Rating:
Amazon Price: $59.88 (as of March 10, 2020 3:45 pm – Details). Product prices and availability are accurate as of the date/time indicated and are subject to change. Any price and availability information displayed on the Amazon site at the time of purchase will apply to the purchase of this product.

EA SPORTS delivers its best soccer game ever on a Nintendo console with award-winning gameplay and revolutionary new ways to play that bring players of all abilities together, making this the most accessible FIFA console game ever made. Innovations that utilize the Wii U GamePad put you on the pitch and immerse you in the action. Lift and look through the GamePad touch screen to aim the ball on set pieces and penalty kicks, then put the perfect curve on your shot and let it fly. Shake the GamePad to activate Touch Screen Shooting, removing the element of 'hit and hope' and allowing for pinpoint accuracy. Plus, connect and interact with friends like no other FIFA title.