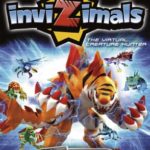 Add to cart
Rating:
Amazon Price: N/A (as of March 19, 2020 3:48 pm – Details). Product prices and availability are accurate as of the date/time indicated and are subject to change. Any price and availability information displayed on the Amazon site at the time of purchase will apply to the purchase of this product.

InviZimals is an augmented reality game for PlayStation Portable (PSP) that utilizes the included PSP camera to project a gameworld filled with collectable miniature monsters against the background of the everyday reality of players. The result is the revealing of over 100 different kinds of monsters that can be captured, and primed for battle in both campaign and wireless multiplayer modes. Additional features include the ability to use the PSP camera to make movies, take pictures and possibly be used with additional games in the future.

Monsters in Plain View in InviZimals

InviZimals turns your PSP into a device that lets you enter and explore an invisible world of mini monsters living within the augmented reality of the gameworld. This is made possible by way of the PSP camera included with the game. Attaching to the the PSP via the mini USB connection along the upper edge of the handheld, the camera utilizes the real life space and events of the player's everyday world as the backdrop for the events of the game, which are projected over this, and made visible to the player via the PSP screen.

The power of a world full of miniature monsters is in the palm of your hand.
View larger.

The gameworld of InviZimals is framed by a story revolving around a fictional PSP research and development team, who after stumbling upon a world filled with miniature monsters, invites players to learn the correct techniques for capturing these monsters. Once captured they must be raised, trained and leveled up for use in battles. Battles occur both within the game's single player campaign, as well as through the games wireless multiplayer option that allows players take on friends, both over ad-hoc and infrastructure connections, in head-to-head conflicts. Additional features built into InviZimals include: over 100 types of InviZimals, a range of different overarching in-game power elements to discover, a variety of power-ups and more.

In addition to being the conduit through which the InviZimals gameworld comes to life, the PSP camera is also a valuable peripheral in and of itself. The camera is rated at 0.3 megapixels, taking photographs at a maximum resolution of 640×480 and video at up to 480×272 at 30 fps. It has a wide-angle F2.8 lens that swivels to point at the user or away, has standard and macro recording modes and a microphone feature compatible with some software voice recording releases. This makes it perfect for taking pictures, making short movies and perhaps additional game and video uses.

Key Game Features Use the PSP Camera to hunt down invisible monsters and capture them Pit your InviZimals against each other or enjoy multiplayer fights with friends Learn new attacks, power-ups, and evolve your InviZimals Trade InviZimals and magical items with your friends or online Use your PSP camera to make videos of yourself or the world around you

Then train them to battle.
View larger.