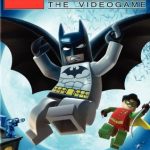 Add to cart
Rating:
Amazon Price: $42.95 (as of February 25, 2020 8:10 am – Details). Product prices and availability are accurate as of the date/time indicated and are subject to change. Any price and availability information displayed on the Amazon site at the time of purchase will apply to the purchase of this product.

LEGO Batman: The Videogame for PlayStation Portable is the latest video game release from the award-winning team behind the LEGO Star Wars series. With famous LEGO fun and charm, the game takes you into the world of Gotham City's ultimate crime-fighting hero. Here the one-and-only Caped Crusader comes to life in a completely original storyline that draws its frame of reference from everything from everything Batman from the classic DC comics to cartoons, the TV series, and the current blockbuster movie franchise.

Become the Dark Knight Gameplay
In the game players will take control of the Dynamic Duo, Batman and Robin, to fight Gotham's City's most notorious criminals including The Joker, The Penguin, Catwoman, Scarecrow, Killer Croc and many more. These criminals have broken out of Arkham Asylum and are determined to wreak havoc on Gotham. As a twist on this players will also be able to explore their wicked side and fight their way through the game as the villains, experiencing the game from a completely different point of view with all-new criminal objectives. And in a nod to Batman's famous penchant for gadgets, the game comes loaded with a collection of high-tech suits, gadgets and cutting-edge vehicles. With these players will be able to step into the unique LEGO Batman universe to bring super villains to justice – or as the villains, to run amok in Gotham City. The choice is yours.

Play Modes
LEGO Batman: The Videogame allows players to move through the game in Story Mode from both the hero and villain sides, as well as replay any level in Freeplay Mode with any characters you've unlocked. Along the way you can also access previously hidden areas to find additional rewards and bonus content and collect LEGO studs and special LEGO bricks throughout the game which will unlock tons of extra content including special power-ups and bonus levels.

Key Game Features: Fight for justice as Batman and Robin or create chaos as The Joker, Catwoman and other villains, as you save or destroy Gotham City. Rocket through sewers and bound across rooftops as you take the fight to the criminals across classic locations in Gotham City. Fight on land, sea and in the air using a number of powerful Batman, Robin and villain-controlled vehicles, including the rocket-powered Batmobile, sleek Batboat and stealthy Batwing. Enhance the abilities of the Dynamic Duo with all new power suits, including the Magnetic Suit. Enjoy numerous game modes and levels. Screenshots:

Or for evil.
View larger.

Or lay down the hurt.
View larger.