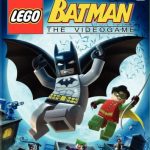 Add to cart
Rating:
Amazon Price: $14.09 $14.09 You save: (%) (as of February 19, 2020 9:26 pm – Details). Product prices and availability are accurate as of the date/time indicated and are subject to change. Any price and availability information displayed on the Amazon site at the time of purchase will apply to the purchase of this product.

There's been a big break-out from Arkham Asylum. Batman must again face against classic bad guys and girls like the Joker and Catwoman. Designed for standard two-player drop-in/out cooperative play Lego Batman is broken up into 18 levels with three different story arcs (that's six levels per story arc). Lego Batman lets you play in both hero and villain story modes as well as a free-play mode. The Batcave serves as the natural hub area for Batman while Arkham Asylum is the hub for villains.Lego Batman lets you build and take control of Lego versions of your favorite vehicles like the Batmobile Batboat and the Batwing. As you collect various Lego pieces throughout a level you'll develop special superhero power suits to give you extra moves. The bad guys e with their own evil perks. For instance the Joker electrifies enemies and powers machines with his electric buzzer and Harley Quinn soars above other characters with her super-jump.Features:Play as Batman Robin or more than 12 dastardly villains — all in super-fun LEGO formMaster special superhero power-suits and new moves along with the weapons unique for each characterBuild and drive Lego versions of favorite vehicles like the Batmobile Batboat and the BatwingCustomize characters build and transform game environments and challenge yourself with multi-layered collectibles and rewardsDesigned for standard two-player drop-in/out cooperative play Format: XBOX 360 Genre: ACTION/ADVENTURE (VG) Rating: E10+ Age: 883929020737 UPC: 883929020737 Manufacturer No: 02073