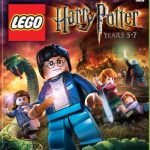 Add to cart
Rating:
Amazon Price: $23.38 (as of March 5, 2020 1:55 pm – Details). Product prices and availability are accurate as of the date/time indicated and are subject to change. Any price and availability information displayed on the Amazon site at the time of purchase will apply to the purchase of this product.

LEGO Harry Potter: Years 5-7 is an Action-Adventure game that combines fun, familiar and family-friendly LEGO video game play mechanics with the storyline and characters of the latter half of the Harry Potter universe. The game is built on the events from the movie series ranging from Harry Potter and the Order of the Phoenix through Harry Potter and the Deathly Hallows – Part 2. Features include: 24 story events, and 16 lessons, new charms, spells and dueling skills, new characters and drop-in/dropout co-op support.

Key Game Features Play through 24 story events and return to Hogwarts where there are 16 different lessons to attend Learn and use all new charms and spells including the 'Unforgivable Curses' Master advanced dueling skills to defeat Voldemort's Death Eaters as you battle toward the ultimate showdown with the Dark Lord himself Discover and unlock over 80 characters including, Fenrir Greyback, Bellatrix Lestrange and Professor Horace Slughorn Play with friends and family using easy drop-in/dropout co-op play that features dynamic split screen