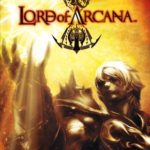 Add to cart
Rating:
Amazon Price: $4.49 $4.49 You save: (%) (as of February 1, 2020 10:12 pm – Details). Product prices and availability are accurate as of the date/time indicated and are subject to change. Any price and availability information displayed on the Amazon site at the time of purchase will apply to the purchase of this product.

This world is called Horodyn, so named for its first king. At the edge of a village surrounded by a huge forest lies the powerful stone Arcana, the source of all order in the world. It is said that only one with power can acquire Arcana. Slayers annihilate hordes of monsters, so that they could lay their hands on Arcana. What power does it hold within? And to what destiny is one with Arcana bound?