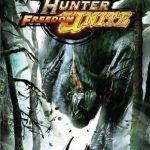 Add to cart
Rating:
Amazon Price: $23.79 (as of February 21, 2020 11:51 pm – Details). Product prices and availability are accurate as of the date/time indicated and are subject to change. Any price and availability information displayed on the Amazon site at the time of purchase will apply to the purchase of this product.

Japan's most successful PSP title, Monster Hunter Portable 2G, is heading to North America this coming Spring. Renamed Monster Hunter Freedom Unite, this latest installment in the epic Monster Hunter series delivers over 500 hours of gameplay spanning some 400 missions. Add in previously unreleased monsters, weapons and missions and you have the biggest Monster Hunter game to date. Using the PSP's wireless Ad-Hoc connection, players can adventure with up to three friends for a savaging multiplayer hunting party. From devising the strategy to executing the attack, players will need to work together in order to hunt down the ferocious beasts and progress through the wide range of quests on offer. Players will be rewarded for their use of deep fighting combat systems, encouraging them to seek out the more experienced hunters and team up in order to learn from their experience. Even in single player mode Hunters won't be alone thanks to the introduction of the new AI "Felyne" feature. Accompanying players on quests your furry ally will helping them battle monsters and gather extra resources.