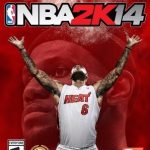 Add to cart
Rating:
Amazon Price: $8.99 $8.99 You save: (%) (as of March 7, 2020 3:46 am – Details). Product prices and availability are accurate as of the date/time indicated and are subject to change. Any price and availability information displayed on the Amazon site at the time of purchase will apply to the purchase of this product.

2K’s Visual Concepts studio, the team behind NBA2K14, has seen it all in the video game world. Founded in 1988, the team has experienced plenty of new gaming system launches over the years. But never one like the launch of PlayStation 4 and Xbox One. Re-energized by the new systems’ technology, the seasoned team at VC has developed a completely new experience for next-gen NBA 2K14, featuring re-built game modes, a brand-new gameplay engine, and stunning graphics.

To truly take the game to the next level, to nail the thousands of interconnected details that create a next generation visual experience, artists had to change the way they work, starting with the materials that make up the NBA 2K environment: rubber, plastic, metal, and vinyl. In the past, artists would individually recreate each item, but now next-gen technology enables the team to build a library of materials with the correct index of refraction, reflection amount, and so forth. Everything in-game, from the scorer’s table and backboards, to human elements such as skin texture and sweat, was re-created to ensure the whole package lives up to next-gen realism.

With Eco-Motion, the NBA experience comes to life in new ways: Crowd reactions, atmosphere, coaching strategies, real player voices, and, most of all, the emotion of the game. Player animations are dynamic, and evolve on the fly as you play. Player personalities and emotions factor into the game as well, affecting how players perform and behave on the court.

NBA Today is a brand-new feature for next-gen NBA 2K14. Stats, videos, and scores, tied to the real NBA all-new ways. The focal point of NBA Today is the Daily Zap, featuring video from the previous day’s games delivered directly to your PS4 or Xbox One daily from NBA.com. Accompanying the Daily Zap, gamers can view the latest standings, scores, and top performers. The very same data used to adjust rosters using the new Dynamic Living Rosters system, all viewable 24 hours a day in NBA Today.

MyGM is a complete re-imagination of what a franchise mode should be, built exclusively for the next-gen consoles. Everything you say and do shapes the world around you as you oversee an entire organization, right down to the details of staffing, managing player expectations, game pricing, team facilities, and more. The decisions you make have ripple effects throughout the organization, both on and off the court. The Conversation Engine will remember everything you say, so each decision is vital to your success in both the short and long term.

MyTEAM returns in a new format. Earn, collect and build your ideal lineups to compete in tournaments, challenge online users in Road to the Playoffs, or take on actual NBA teams in the new Domination mode.

Live your career not only on the court but off the court too, with an all-new, player-driven narrative experience. There is a full cast of characters, endorsements from companies like adidas, Nike, and Gatorade, and branching-path storylines. Over 40 hours of gameplay await you in the first year alone. New to MyCAREER, when your MyPlayer needs a break from the grind of the NBA season, press conferences and commercial shoots, there’s a place you can go to play some pickup games with 100 of your closest friends.