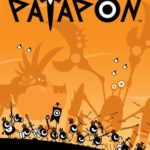 Add to cart
Rating:
Amazon Price: N/A (as of February 12, 2020 11:13 pm – Details). Product prices and availability are accurate as of the date/time indicated and are subject to change. Any price and availability information displayed on the Amazon site at the time of purchase will apply to the purchase of this product.

Enter the world of the Patapons, a small, yet brave noble tribe. Behind the Patapons' cute exterior, lies a fierce warrior spirit that can only be commanded by the beat of your war drum. For years the Patapon tribe has lived in the desolate frontier, driven from their home by the evil Zigoton army. The Patapons wait for the day that the "rhythm god" will return, to bring them back to their homeland, to defeat their enemies and to lead them to the edge of their world. Finally, their wait has come to an end. Lead a small lost tribe to the edge of their world with the beat of your war drum and grow them into an army of warriors. Using simple drum beats, command your tribe to march, attack, and defend themselves against fierce beasts, gigantic monsters, and the evil Zigoton army. Watch as your tribe grows in strength and numbers as they progress through this adventure. Unlock a variety of warrior types from infantry to cavalry, archers to spear-men and maximize them for battle with a variety of weapon and shield upgrades.

Features: With the beat of your war drum, lead a tribal army into large scale battles March the Patapons through thirty different environments where monsters and enemy forces lay awaiting to attack Collect over one hundred weapons and items and build an army with different warrior types Additional mini-games pair graphic style and tribal music