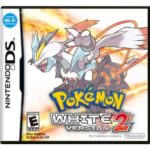 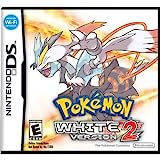 Add to cart
Rating:
Amazon Price: $90.00 (as of February 24, 2020 10:15 pm – Details). Product prices and availability are accurate as of the date/time indicated and are subject to change. Any price and availability information displayed on the Amazon site at the time of purchase will apply to the purchase of this product.

Pokémon White Version 2 is turn-based Action-RPG for the handhelds, Nintendo DS, DSi and 3DS. It is a direct sequel to 2010's best-selling game, Pokémon White Version, and takes place in the series' Unova region, two years after the events of the first game. Game features include: new legendary Pokémon, new areas to explore, new Pokémon not available in the first game version, additional functionality available to 3DS players via the Nintendo eShop, engaging new game mechanics, activities and gym leaders, and the chance to battle trainers from previous games.

Return to the captivating Unova region two years after the events of the original Pokémon White Version and Pokémon Black Version games – the first time in the core Pokémon video game series that a storyline has continued, from one game to another. In the Pokémon White Version 2 and Pokémon Black Version 2 games, players can explore new areas, discover gyms with new leaders and see how everything has changed in the last two years. They can even capture Pokémon not available in the original game versions, and battle favorite opponents from previous game releases.

Connect with other trainers.
View larger