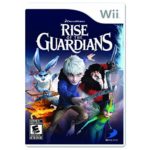 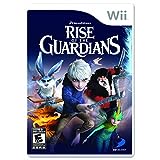 Add to cart
Rating:
Amazon Price: $24.99 $24.99 You save: (%) (as of February 28, 2020 6:17 am – Details). Product prices and availability are accurate as of the date/time indicated and are subject to change. Any price and availability information displayed on the Amazon site at the time of purchase will apply to the purchase of this product.

Let your imagination soar in Rise of the Guardians: The Video Game as you play as one of the classic childhood legends, including: North (aka Santa Claus), Tooth (aka the Tooth Fairy), Bunnymund (aka the Easter Bunny), Sandman, and Jack Frost. In this action-packed adventure game, each Guardian has their own set of upgradable and extraordinary abilities that will help you take on the evil spirit “Pitch” and his infectious nightmares. With drop-in-and-out multiplayer action supporting up to four players on consoles, you and your team of Guardians will work together to protect the hopes, beliefs and imaginations of children all over the world!