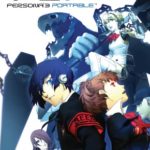 Add to cart
Rating:
Amazon Price: $225.00 (as of March 7, 2020 9:01 pm – Details). Product prices and availability are accurate as of the date/time indicated and are subject to change. Any price and availability information displayed on the Amazon site at the time of purchase will apply to the purchase of this product.

Shin Megami Tensei: Persona 3 Portable is a single player, AI team-based RPG that brings the thought-provokingly addictive fun that made Persona 3 a runaway hit on PlayStation 2 to PlayStation Portable (PSP). The game contains most of the content from the original Persona 3 as well as some elements of Persona 3: FES, and features the new and crucial abilities to play as a female character and to directly control your teammates in combat. Additional functionality includes Skill Cards, part-time jobs, one-button menu shortcuts, streamlined team equipment changes and shortened load screens optimized for PSP.

Story
A teenager who was orphaned as a young child returns to the city of his/her childhood. Shortly after transferring to Gekkoukan High School, he/she is attacked is attacked by Shadows/creatures that feed on the minds of their victims. The assault awakens his/her Persona, Orpheus, his/her only chance at defeating these creatures of the night. He/she soon discovers that he/she shares this special ability with other students at his new school. From them he/she learns of the Dark Hour, a hidden time that exists between one day and the next, swarming with Shadows. He/she joins the Special Extracurricular Squad (SEES), and with his/her new friends, confronts this evil threat.

Classic Persona 3 RPG gameplay comes to PSP.
View larger. Gameplay
Hailed by critics and fans for breathing new life into the RPG genre, Persona 3 Portable takes everything that made Persona 3 on PlayStation 2 such a tremendous, award-winning hit and translates it into the perfect handheld RPG experience. Built upon an enhanced version of the game, players will find significant improvements, including direct control of teammates in battle, five difficulty settings, incredibly short load times, and most importantly, the option of playing through the story from a new female perspective, gaining new social links, special events, and unique romantic opportunities.

Key Game Features Classic, thought-provoking Persona RPG gameplay in which players construct wieldable physical manifestations of their thoughts through their social interactions with characters in-game, later taking these into team-based battles against Shadow enemies in Tartarus. Contains almost all the content from the original PS2 Persona 3 game, and elements from Persona 3: FES. Significant improvements over earlier games including Skill Cards, part-time jobs, and ability to directly control your teammates in battle. The important new ability to play as a female character, giving the player a whole new perspective on the events of the game and providing a dramatic impact on the game's intricate social dynamics. Improved playability permeates every aspect of the gameplay experience. One button menu shortcuts, streamlined team equipment changes, incredibly short load times, and other tweaks and enhancements create an ideal pace for portable gaming. Additional Screenshots: