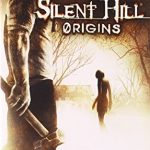 Add to cart
Rating:
Amazon Price: $39.99 $39.99 You save: (%) (as of March 19, 2020 5:34 pm – Details). Product prices and availability are accurate as of the date/time indicated and are subject to change. Any price and availability information displayed on the Amazon site at the time of purchase will apply to the purchase of this product.

The Silent Hill survival horror series makes its handheld gaming debut with a brand new adventure that reveals many of the series' most hallowed secrets. Assuming the role of a lone truck driver who becomes trapped in Silent Hill, players must escape the city's horrific inhabitants and confront the strange hallucinations that have haunted him since childhood. This game takes advantage of the PSP system's graphics, sound, and portability.