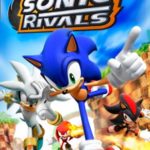 Add to cart
Rating:
Amazon Price: $19.99 (as of March 11, 2020 11:56 pm – Details). Product prices and availability are accurate as of the date/time indicated and are subject to change. Any price and availability information displayed on the Amazon site at the time of purchase will apply to the purchase of this product.

What starts as a friendly petition between Sonic and Knuckles quickly gets intense as other rivals jump into the action! Utilize boost moves and power-ups as Sonic s rivals try to trip shove and vault over Sonic while hurtling towards the finish line at breakneck speed! Negotiate wildly twisting 3D tracks avoid hazardous traps and hazards and watch out for the insidious Dr. Eggman and his myriad of contraptions! Whether playing alone or against a friend it s always a two-player experience based on tightly designed gameplay mechanics to support high-spirited petition and ultra-tight races!Unique Head-to-head" experience!Single Player Mode: Competing one-on-one with each of your rivals will feel just as petitive as if playing against an actual player!Multiplayer Mode: Go head-to-head with your buddy and trip shove even vault over each other as you hurtle towards the finish line at breakneck speed!Sonic style 2D gameplay in true 3D environments custom-built for the PSP!Race in Sonic s traditional 2D gameplay but throughout obstacle-filled 3D tracks enhancing the thrills of the race!Built from the ground-up to maximize the technical potential of the PSP.4 characters 4 different storylines: select Sonic or one of his rivals and play through each of their story through fast and winding stages!Extensive rewards system based on trading card-collecting to enhance your character s various skills as well as character customization.WiFi connectivity allowing you to wager trading cards for various multiplayer challengesFormat: SONY PSP Genre: ACTION/ADVENTURE Age: 010086660098 UPC: 010086660098 Manufacturer No: 66009