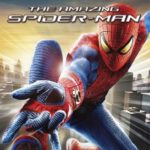 Add to cart
Rating:
Amazon Price: $30.94 (as of March 10, 2020 3:27 am – Details). Product prices and availability are accurate as of the date/time indicated and are subject to change. Any price and availability information displayed on the Amazon site at the time of purchase will apply to the purchase of this product.

The Amazing Spider-Man is a single player Action-Adventure game designed to coincide with the 2012 major motion picture. The game is an exclusive video game adventure that continues the story told in the film. Features include, Wii Remote specific controls, the "web rush" feature that allows Spidey to sneak up on opponents, new and reimagined enemies, and a random mission play option.

Continue the story begun in the 2012 film in a video game only adventure.
View larger

Continue the Story of The Amazing Spider-Man

Key Game Features Spider-Man's Triumphant Return to New York – Everybody's favorite web-head is back in Manhattan with the return of the fan-favorite, free-roaming, web-slinging gameplay Web Rush: Player Choice Evolved – Players use real-time navigational and combat choices to fight crime and pull off Spidey's signature acrobatic moves like never before Find Out What Happens Next – Uncover the rest of Peter Parker's untold story in the all-new epilogue story to the Columbia Pictures' 2012 blockbuster theatrical release Push Spider-Man's Abilities to the Limit – Battle all-new versions of classic super villains as well as original, larger than life enemies – some of the biggest ever seen in a Spider-Man video game – while racing to save Manhattan Random Mission Play – Accept or decline random missions scattered throughout the game, including photgraphy gigs and capturing criminals Wii Specific Controls – Perfect your web-slinging technique with Wii Remote specific controls