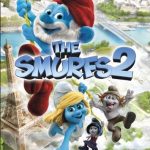 Add to cart
Rating:
Amazon Price: $29.99 (as of February 12, 2020 9:11 pm – Details). Product prices and availability are accurate as of the date/time indicated and are subject to change. Any price and availability information displayed on the Amazon site at the time of purchase will apply to the purchase of this product.

The highly anticipated family comedy The Smurfs 2 is now a video game! The evil wizard Gargamel has created the Naughties, who kidnap Smurfette from Smurfs Village and imprison her in Paris. It's now up to the Smurfs to travel from the Enchanted Forest, through the busy streets of New York, into Paris, and everywhere in between to save the day and bring Smurfette home safe!