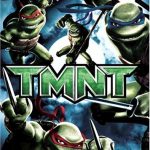 Add to cart
Rating:
Amazon Price: $33.49 (as of February 28, 2020 12:28 pm – Details). Product prices and availability are accurate as of the date/time indicated and are subject to change. Any price and availability information displayed on the Amazon site at the time of purchase will apply to the purchase of this product.

The Ninja Turtles are no longer confined to sewer system and are now both above and below ground in the world. Strange events have been occurring in New York City fast-moving shadows, strange star alignments, and creatures attacking the city. Is the wealthy and mysterious industrialist Max Winters involved? The city needs the Turtles now more that ever, but they are in their most trying time as heroes and as a family. While Leonardo was away on a special training mission his brothers Michelangelo, Donatello and Raphael became lost and directionless. With the city and family at stake, it's up to Leonardo with Zen Master Splinter to restore unity and ninja discipline to the Turtles.