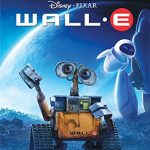 Add to cart
Rating:
Amazon Price: $20.00 (as of March 9, 2020 2:04 am – Details). Product prices and availability are accurate as of the date/time indicated and are subject to change. Any price and availability information displayed on the Amazon site at the time of purchase will apply to the purchase of this product.

Race fly and shoot as you take futuristic robots WALL E and EVE through a fast-paced adventure. From the desolate waste-lands of Earth to the Axiom space cruiser throw cubes and blast robots and obstacles while you relive some of the movie s most thrilling moments and explore worlds filled with non-stop action and adventure along with head-to-head multiplayer challenges. Dodge dangerous enemies carry out intense missions and navigate your way through a futuristic galaxy!Unique game play experience tailored specifically for the WiiUse the pointer for flight control and power surges and to fire EVE's laser arm3 unique head-to-head multiplayer mini-games with 3 variations eachPlay as co-op WALL E and EVEExplore 9 worldsFormat: WII Genre: KIDS (VG) UPC: 785138301457 Manufacturer No: 30145