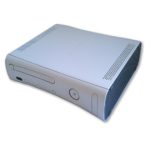 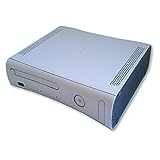 Add to cart
Rating:
Amazon Price: N/A (as of October 18, 2018 3:17 am – Details). Product prices and availability are accurate as of the date/time indicated and are subject to change. Any price and availability information displayed on the Amazon site at the time of purchase will apply to the purchase of this product.

We have made a custom cooling modification by cutting out an intake port and installing an additional fan in the top cover of the console. This modification does not detract from the visual profile of the console, as the cooling fan is installed inside the top cover. This drastically improves airflow and cooling of the Xbox 360. Insurance is included in the shipping amount. This item will be shipped no later than 1 business day after payment is complete. Please e-mail us with any questions. Guaranteed against D.O.A. Shipping to U.S. locations only. A 12% restocking fee will be assessed for returned items that are not defective. If there are any issues with this item, please contact us first before leaving feedback.