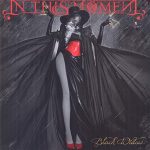 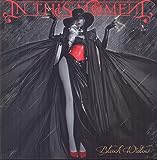 Add to cart
Rating:
Amazon Price: $9.69 (as of February 17, 2020 12:34 am – Details). Product prices and availability are accurate as of the date/time indicated and are subject to change. Any price and availability information displayed on the Amazon site at the time of purchase will apply to the purchase of this product.

Nature counts the black widow spider amongst its most fascinating and dangerous anomalies. The female arachnid often devours its mate after copulation. It's both a delicate and dangerous predator. In This Moment isn't all that different from this enigmatic beast. Led by frontwoman Maria Brink, the Los Angeles hard rock outfit strikes with a seductive metallic bite on their aptly titled fifth full-length album, Black Widow.

"Black Widow is a metaphor for this innocent young girl who gets infected with life, traumas, experiences, and the balance of light and darkness," explains Maria. "She becomes this poised and powerful creature. That's the album."

"We went into this with the title Black Widow," says lead guitarist Chris Howorth. "It fits the image of Maria as this powerful heroine. If you think of the boys in the audience watching our stage show, she's like the black widow pulling them all in."

The record, the first for the band on Atlantic Records, picks up where the group's 2012 breakthrough, Blood, left off. That album saw In This Moment debut at #15 on the Billboard Top 200, their highest chart position to date, and eventually sold over 250,000 units in the U.S. alone. It also spawned the single "Blood," which rose to #9 on the Mainstream Rock and Active Rock Songs charts. A sold out headline tour, HELLPOP, followed, as well as appearances at the Uproar Festival and Rock On The Range, and jaunts with Shinedown and Papa Roach. After the whirlwind of Blood subsided, Maria and Chris retreated to Las Vegas in February 2014 to begin working on what would become Black Widow with longtime producer Kevin Churko [Ozzy Osbourne, Five Finger Death Punch].