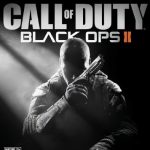 Add to cart
Rating:
Amazon Price: $45.00 $45.00 You save: (%) (as of January 31, 2020 3:44 pm – Details). Product prices and availability are accurate as of the date/time indicated and are subject to change. Any price and availability information displayed on the Amazon site at the time of purchase will apply to the purchase of this product.

The most anticipated game of the year and the most ambitious Call of Duty® game ever, Call of Duty®: Black Ops II is coming to Wii U. Call of Duty: Black Ops II delivers the most groundbreaking and viscerally immersive Call of Duty® experience yet. Rooted in near-future fiction, the title propels players into a visual landscape in an epic single player campaign highlighted by branching storylines and non-linear missions; a re-imagined multiplayer that introduces players to some of the most cutting-edge weaponry and equipment that 2025 will have to offer; and punctuated with an all-new Zombies experience running in the multiplayer engine.

Call of Duty: Black Ops II on Wii U
HD Experience: The title features the most advanced textures, lighting and shadowing systems in series history, all of which are on full display on Wii U. Second-Screen Gameplay: Utilizing Wii U’s second-screen experience with the Wii U GamePads™, Call of Duty: Black Ops II players can join the action in a full Call of Duty® experience from the second-screen. Plus, with the state of the art Wii Touchscreen, gamers can view multiplayer maps, call in score streaks and choose loadouts. Expanded Functionality: Players have the option of using Wii U’s split-screen functionality to use both the GamePad™ and the Wii U Pro controller. Wii U also supports up to four controllers, including the Nintendo Wii Remote™ and Nunchuck. Controller Choices: Use the GamePad touch screen to customize controls in real-time, or switch at any time to use another controller of your choice, including: Wii Remote Classic Controller Pro Game Pad WiiU Pro Controller
Call of Duty: Black Ops II Multiplayer
All-New Create-A-Class: Create-a-class has been re-imagined, introducing players to a new “pick-10” allocation system, allowing an unprecedented number of combinations of create-a-class content. Players no longer have to take content from each category; instead, trade items from one category for extra items in another – any combination of 10 items makes almost anything possible. New Score Streaks: Score Streaks reward players for helping their team win the game: capturing flags, defending your teammate with an assault shield, getting kills and assists are all examples of actions that help your team win and thus give you score. Each action has a different value and can influence the theater of operations. eSports on Wii U via League Play: Competition is fun at any level, which is why Treyarch has introduced League Play, offering skill-based matchmaking and seasonal ladders. Play a small number of matches to get your skill rating, and from there, you’ll be placed into a division with players of similar skill. Keep winning and you’ll move up in rank – steady progress will move you up the ladder and into upper divisions. Skill-based matchmaking ensures that you are challenged but not out-gunned. League play is for everyone. Additionally, CODcasting is part of the mix, allowing fans to commentate their favorite games. Upgraded Weapons, Attachments and Equipment: Near-future warfare means upgrades in technology that soldiers will use in the field. Additionally, weapon perks are now built into the attachments. More Multiplayer: Call of Duty: Black Ops II on Wii U includes Challenges, Core & Party Game Modes, Custom Games, Combat Training, Theater Enhancements, Emblem Editor and Prestiging.

Tranzit
1-4 player co-op in a large open world with a variety of locations. The new Buildables gameplay elements help players move through each area to find the key tidbits that reveal why they are there and what they must do to survive. All the while, public transportation is still operational, as a bus will regularly stop at each location. Zombies ride for free.

Grief
You and friends can take on up to 4 people in a team vs. Zombies vs. team scenario. 2-8 players are thrown in a situation to be the last humans standing.

MP Technology with Zombies: Call of Duty: Black Ops II features new and extensive stat tracking as well as leaderboards for bragging rights. New skill-based matchmaking system will allow players of the same ability to take on the horrors of the night in public game modes. For players that are looking for an extra challenge, Zombies features custom games: Headshots only, higher starting rounds, and toggling of extra items are all available.