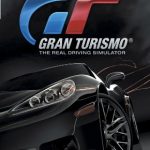 Add to cart
Rating:
Amazon Price: $78.00 (as of March 9, 2020 11:43 pm – Details). Product prices and availability are accurate as of the date/time indicated and are subject to change. Any price and availability information displayed on the Amazon site at the time of purchase will apply to the purchase of this product.

The highly acclaimed Gran Turismo franchise makes its equally highly anticipated debut exclusively on the PlayStation Portable (PSP) system, introducing the most ultra-realistic racing experience ever on a handheld. Buckle up as you prove your driving skills on 35 tracks and trade and share over 800 stunning cars. With its unrivaled graphics, ad hoc multiplayer support for four racers and bonus feature for Gran Turismo 5 on the PS3, Gran Turismo continues to lead the pack, now on the PSP system.

Multiple single player options including Challenges.
View larger. The Cars
Every Gran Turismo game throughout the years has been dedicated to providing players with a real racing experience, and Gran Turismo for PSP is no different. All about the cars and the tracks, Gran Turismo is packed with more than 800 real cars, from real manufacturers from around the globe. These cars come from every sector of the automotive industry; including everything from ultra fast performance cars, to slower classic cars from various eras. Every car in Gran Turismo is unlocked from the get-go and are waiting to be collected. With each race won much needed cash will be deposited in players accounts bring them that much closer each day to buying the specific rides that they will need to stock their garages.

Two Ways to Play in Single Player
Gran Turismo features two ways to play in the single player campaign. First is a quick race, an option in which players race against three AI opponents in standard races, time trials or drift challenges. The second race type are driver challenges, in which players complete for gold, silver, and bronze trophies in races that test the entire gamut of their driving skills. In all races every track is unlocked, but with each victory on a track the quality of a player's AI opponent rises.

Challenge Friends in Multiplayer
Gran Turismo features four-racer support in local wireless ad hoc multiplayer races. Within these competitions players have multiple options in races, including the choice of racing in the car of their choice, as well as handicap racing options in which players proven to be less skilled are given an automatic headstart, or those same racers given faster cars while the more skilled racers race a less advance model. Players are also able to trade vehicles in their garages over an ad hoc connection in swaps that once approved. Trades consist of an automatic swap of any car a friend does not already have and vice-versa.

Key Game Features Slick Visuals – Runs on a new graphics engine designed for the PSP system that delivers stunning visuals at a crisp 60 frames per second. Depth and Variety – Collect over 800 licensed vehicles from international automakers. Expand Your Collection – Trade and share cars with friends to expand your collection via Ad Hoc wireless. Hit the Road – Race on 35 licensed and fictional tracks, with 60 track layouts total. Compete in time trials, races, or drift mode challenges. Test Your Driving Skills – Complete over 100 challenges to hone your driving skills and learn new cornering, braking and other driving techniques. Friendly Competition – Using Ad Hoc wireless mode, pick a car and track and challenge friends to heated 4-player races, and enjoy Party and Shuffle Race modes where the game adjusts start times or car lineup at the beginning of each race to keep competition close between players of different skill levels. Head Start on Gran Turismo 5 – Transfer your collection of cars to Gran Turismo 5 when it releases to get a jump on the competition.