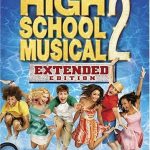 Add to cart
Rating:
Amazon Price: $14.99 $7.69 You save: $7.30 (49%) (as of March 17, 2020 10:37 pm – Details). Product prices and availability are accurate as of the date/time indicated and are subject to change. Any price and availability information displayed on the Amazon site at the time of purchase will apply to the purchase of this product.

What time is it? Time for High School Musical 2, the sequel to the Disney Channel smash that aired on Aug. 17, 2007 and became the most-watched basic-cable show ever. School is out, and Troy (Zac Efron) and Gabriella (Vanessa Hudgens) are looking forward to a summer to remember, but Troy also needs to make bank so he can go to college. As it turns out, Sharpay (Ashley Tisdale), the self-proclaimed primo girl of East High, has her eye set on primo-boy Troy, and gets him a job at the country club her parents own. It looks great for Troy when Gabriella and the rest of the Wildcats are hired also, but when he gets preferential treatment from the club manager (Mark Taylor) and others, it puts all of his relationships in hot water.

Everyone's back from the original movie, including Zac's buddy Chad (Corbin Bleu), Sharpay's brother Ryan (Lucas Grabeel), and Gabriella's friend Taylor (Monique Coleman). And the songs on the hit soundtrack often parallel the originals and are just as catchy: the Troy-Gabriella duet ("You Are the Music in Me," which is later Sharpay-ized into a rock version), the sports-flavored hip-hop number ("I Don't Dance," but this time on the baseball diamond instead of the basketball court), the Gabriella lament ("Gotta Go My Own Way"), the climactic stage duet ("Everyday"), and the mass-ensemble closer ("All for One"). But the sequel doesn't just stick to the status quo. Other songs include a flashy opener ("What Time Is It"), Sharpay's poolside feature ("Fabulous"), a percussive ensemble number ("Work This Out"), and Zac's solo ("Bet On It"), and the dances are even bigger this time around, relentlessly high-energy and often spectacular. In addition, the "let's put on a show" angle ! is only a subplot and the romance is now front and center–which means High School Musical has lost a bit of its innocence. But it's still wholesome viewing for tweens of all ages. Sharp-eyed Disney Channel fans will spot Miley "Hannah Montana" Cyrus as an extra. –David Horiuchi

On the DVD
The extended-edition DVD adds one new scene, in which Sharpay and Ryan perform the Hawaiian-themed "Humuhumunukunukuapua'a," which not only is fun but adds a bit of character development for Ryan. This number (which was on the CD as a bonus track) is incorporated into the movie and also accessible from the bonus-features menu, along with a four-minute blooper reel and music videos for "You Are the Music in Me" (one U.S. version and a Mexican version with Paulina Holguin and Roger) and "Gotta Go My Own Way (Canadian versions in French and English, both with Nikki Yanofsky). A "dance rehearsal cam" shows the choreographers and cast working on nine numbers (36 minutes total). Director-choreographer Kenny Ortega coaches, offers pep talk, and declares, "If it wasn't for Annette Funicello and Frankie Avalon, we wouldn't be here!" There are two sing-along options, one with English subtitles and a "karaoke" version with English subtitles but no vocals. –David Horiuchi