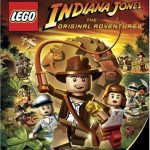 Add to cart
Rating:
Amazon Price: $28.79 (as of February 29, 2020 6:50 am – Details). Product prices and availability are accurate as of the date/time indicated and are subject to change. Any price and availability information displayed on the Amazon site at the time of purchase will apply to the purchase of this product.

LEGO Indiana Jones: The Original Adventures takes the fun and creative construction of LEGO and combines it with the wits daring and non-stop action from the original cinematic adventures that enthralled audiences everywhere (Indiana Jones and the Raiders of the Lost Ark Indiana Jones and the Temple of Doom and Indiana Jones and the Last Crusade). With a unique tongue-in-cheek take on the original adventures LEGO Indiana Jones follows Dr. Jones escapades through the jungles of South America to the mountaintops of India. Fans can build battle and brawl their way through their favorite cinematic moments from Indys entanglements with snakes to his dashing boulder run. Of course pop cultures most iconic archaeologist will whip through all the classic moments with the help of a host of supporting characters including Marion Ravenwood and Short Round. Players can also mix and match the body parts of more than 60 playable characters to create new heroes just as they could in the best-selling LEGO Star Wars games. Key Features Everyones favorite fedora wearing hero returns to theaters this May in Indiana Jones and the Kingdom of the Crystal Skull and families can celebrate the humor and excitement of the original films with LEGO Indiana Jones. Tongue-in-cheek humor presents The Original Adventures in a manner only LEGO can whip up with comical reinterpretations of classic Indiana Jones scenes and elements. Use Indys signature whip as a multi-purpose tool to attack disarm swing across gaps activate levers and interact with a world of LEGO objects and puzzles. For the first time LEGO Indy characters are fully immersed in their environment; swim climb shimmy across rock ledges and pick up and carry objects. Use a variety of weapons from the environment to fight enemies (e.g. chairs guns swords bottles). Unlock more than 60 playable characters including villains and supporting characters (Marion Ravenwood Short Round Rene Belloq Willie Scott Marcus Brody Jones Senior and Mol…