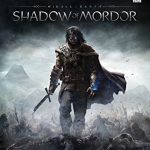 Add to cart
Rating:
Amazon Price: $19.99 $14.99 You save: $5.00 (25%) (as of March 8, 2020 10:00 am – Details). Product prices and availability are accurate as of the date/time indicated and are subject to change. Any price and availability information displayed on the Amazon site at the time of purchase will apply to the purchase of this product.

You are Talion, a Ranger of the Black Gate, keeping watch over Mordor which has remained undisturbed for ages. In the blink of an eye, everything is taken from you – your friends, your family, and even your own life. Resurrected by a vengeful spirit, you must now embark on a relentless vendetta against those who have wronged you. Fight through Mordor and uncover the truth of the spirit that compels you, discover the origins of the Rings of Power, build your legend…