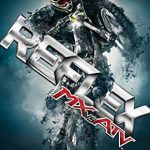 Add to cart
Rating:
Amazon Price: $25.00 (as of March 10, 2020 5:27 pm – Details). Product prices and availability are accurate as of the date/time indicated and are subject to change. Any price and availability information displayed on the Amazon site at the time of purchase will apply to the purchase of this product.

Over-the-top off-road racing and stunts.
View larger.
Wreck avoidance.
View larger.
4-player wireless support.
View larger. Gameplay
Similar to earlier games in the MX vs. ATV series, gameplay in Reflex revolves around multiplayer racing (4-player), across a wide variety of off-road race event types. These events encompass everything from motocross, supercross, omnicross and others and also feature a high level of trick completion, judged with several parameters in mind. Vehicles used in the races run the gamut from specific MX bikes, and ATVS, to super buggies and trucks. Gameplay in the dirt-covered environments faced require skill and guts to master. Along with the new Rhythm Racing 2.0 physics engine, MX vs. ATV: Reflex helps players achieve in these areas with a new control scheme, Rider Reflex.

Rider Reflex
Build around dual control inputs, the Rider Reflex control scheme built into MX vs. ATV: Reflex is designed to revolutionize the way you race in several different ways. The first of these is by improving precision turning when you need it. With the analog stick at the left controlling the direction of the bike, and left and right shoulder buttons controlling the direction the rider leans, tighter and faster turns are possible by simultaneously directing both in the same direction, carving the player to a stop or changing direction in a instant, just as you would on a real bike. Similarly this ability to use the rider's weight, also impacts more subtle abilities to control a bike, both on the ground and in the air as the rider uses his weight to slow, or speed up his momentum at crucial times and change the angle of his bike to correct a bad takeoff But Rider Reflex is not just about steering. It also has a major role to play while while you are in the air, allowing players to pull off tricks like never before. There are several tricks possible, all of which will take some time to discover and master, but the basic trick performance mechanism is simple. To pull off a trick just hold down the triangle button, use the D-pad to select a trick and modify them for extra style using the left and right shoulder buttons.

Wreck Avoidance System
No matter how sick attempted tricks might seem, they aren't worth much if you can't stick the landing. With this in mind MX vs. ATV: Reflex helps to get you back on the ground, safe and sound with a wreck avoidance system. In the event that players can't manage to use the Rider Reflex control system to right themselves as they come back to earth, this automatic system provides a last chance to avoid disaster by alerting you to your danger with an onscreen arrow as the ground rises to meet you. Players must quickly use the D-pad to match the direction of the arrow in order for the rider to regain his balance and keep on going. But expect to be challenged. If you are too slow you will wreck, and the harder the impact the less time you have to react.

Key Features Rider Reflex Battle for position with new independent rider and vehicle control. Wreck avoidance system lets you wrestle your ride back from the verge of catastrophe – if you can. Stunts Dual controls let you tear it up with death-defying stunts and high-flying freestyle action. Soar high above the course with over 30 freestyle tricks designed for the PSP. Vehicles – Race all the fastest and fiercest MX bikes, ATVs, trucks, buggies and more. Multiplayer The mayhem never ends as you string together your own series of events. 4-player multiplayer, both in ad hoc and infrastructure mode, lets you challenge your friends and brings players of all skill levels together with competitive mini-game. Courses and Terrain – PSP version of MX vs. ATV: Reflex features the same courses as seen in the console versions.