↓
Home→Music→Pop→My Head is an Animal 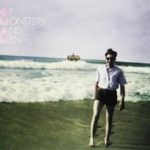 Add to cart
Rating:
Amazon Price: $12.89 $9.36 You save: $3.53 (27%) (as of February 29, 2020 10:08 am – Details). Product prices and availability are accurate as of the date/time indicated and are subject to change. Any price and availability information displayed on the Amazon site at the time of purchase will apply to the purchase of this product.

2012 release from the Icelandic outfit formed by singer/guitarist Nanna Brynd¡s Hilmarsd¢ttir. Their rapid rise transpired in just one year. Nanna, who began as the acoustic act Songbird, recruited extra hands to bolster her sound for a solo show. She liked how her vocals commingled with guitarist/vocalist Ragnar "Raggi" _¢rhallsson's, so they started writing songs together and in 2010 morphed into Of Monsters And Men. As victors of 2010's M£siktilraunir, the new group earned a slot on the influential Iceland Airwaves festival later that year, followed by Seattle's radio station KEXP posting "Little Talks" from a Living Room Session filmed there, setting the telltale ripple effect in motion. Though their reach is growing broader, the group's appeal has remained distinct: Their music is as fantastical as it is pretty.