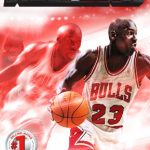 Add to cart
Rating:
Amazon Price: $19.99 (as of March 9, 2020 5:36 am – Details). Product prices and availability are accurate as of the date/time indicated and are subject to change. Any price and availability information displayed on the Amazon site at the time of purchase will apply to the purchase of this product.

NBA 2K11 is the latest installment in the best selling, and highest rated NBA videogame series. NBA 2K11 is the best way to plug into NBA culture. It's the most fun, authentic NBA videogame experience and is for any sports fan with that competitive fire who wants to play the best NBA simulation on the market. It's the NBA series that everyone is playing – from the most elite NBA athletes and superstars to the local court gym rats. NBA 2K10 delivered on its promise to TAKE OVER, and NBA 2K11 will build on that momentum by dialing up all of its features – gameplay, AI, presentation, visuals, audio, online and more – to deliver the best basketball videogame experience EVER. When you're the #1 selling NBA videogame two years in a row, the #1 rated NBA videogame 10 years in a row, and have collaborated with back-to-back NBA champions, Kevin Garnett (2K9) and Kobe Bryant (2K10) – what is NBA 2K11 to do for the next act? Simple: Michael Jordan. The greatest basketball player of all time debuts for the first time in this hardware generation and brings his passion for the game to NBA 2K11 with an all new Jordan Challenge mode, historic Bulls teams, and even a MJ: Creating a Legend mode offering gamers the chance to be a rookie Michael and craft a new career for him. This is on top of improvements to core gameplay elements – including an all-new IsoMotion dribbling controls, deeper My Player mode with new My Career feature, all-new breathtaking visuals, and much more. This year BECOME THE GREATEST with NBA 2K11.