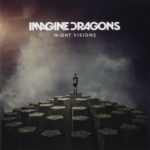 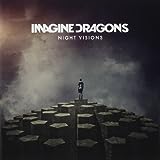 Add to cart
Rating:
Amazon Price: $8.24 $7.99 You save: $0.25 (3%) (as of February 28, 2020 9:29 pm – Details). Product prices and availability are accurate as of the date/time indicated and are subject to change. Any price and availability information displayed on the Amazon site at the time of purchase will apply to the purchase of this product.

Emotional struggle is central to Imagine Dragons' ethos. From the beginning it's been the group's goal to take the pain they've each experienced in life and spin it into something redemptive and uplifting. That transformation of emotional pain into art is what drives them as people and it's also what inspired their first hit. I wrote It's Time during a very transitional period in my life, Reynolds recalls. It seemed like everything was going wrong. I was trying to decide what I wanted to do with my life, trying to figure out how seriously to take music. I was making decisions about who I was. I'm a pretty young guy and I m still trying to figure out the answer to those questions. With the release of Night Visions, Imagine Dragons finally have a chance to show the world what that magic sounds like. They start off with a big statement in Radioactive, which blends a throbbing backbeat with delicate acoustic guitars and deals lyrically with facing the apocalypse. We want people to hear that song and feel empowered, Reynolds explains. Meanwhile, the delicacy of tracks like Demons balances the album's expansiveness with a sense of human intimacy. The album title came together very organically, Reynolds recalls of the records overall theme. We all sat in a room and wrote out what the band and sound of the album means to us. We all deal with our own demons and anxieties but we find that nothing calms the mind more than creating. Many of the songs on the album were written late into the night, and some of the lyrical themes came from dreams I've had, even some nightmares. So when the title Night Visions came up, it just seemed to fit perfectly. We hope it inspires other to create, and push through their own struggles.