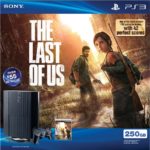 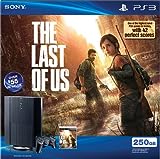 Add to cart
Rating:
Amazon Price: $249.00 (as of February 25, 2020 7:43 am – Details). Product prices and availability are accurate as of the date/time indicated and are subject to change. Any price and availability information displayed on the Amazon site at the time of purchase will apply to the purchase of this product.

One the Highest Rated Games of 2013

Play one of the highest rated games of 2013 with The Last of Us PlayStation 3 Bundle featuring a PS3 250GB System. Join Joel, a ruthless survivor with few moral lines left to cross, who lives in one of the last remaining Quarantine Zones. These walled-off, oppressive cities are run by what's left of the military. Despite the strict martial law, Joel operates in the black market of the city, smuggling contraband for the right price.

With over 40 perfect scores, The Last of Us is one of the greatest games made – Only On PlayStationDeveloped by Naughty Dog, creators of the best-selling Uncharted seriesGenre-defining experience that blends survival and action elementsCharacter driven story about a population decimated by a modern plagueThe PlayStation 3 system includes a free PlayStationNetwork account for online gaming, streaming movies and music, and access to the PlayStation Store. -Internet Access Required

The Last of Us

The Last of Us is a third-person Survival-Action game that utilizes choices in gameplay action to develop the game storyline, as well as the relationship between the two main characters, Joel and Ellie. The game features a combination of combat, exploration, stealth and platforming game mechanics. Although Joel and Ellie are both residents of a post-apocalyptic world, they have had different experiences that affect the way they see the world around them, and feel about what they see and do. Joel had a life before the pandemic, while the world of the pandemic is all that Ellie has ever known. As part of Joel's job to smuggle Ellie out of the quarantine zone, players have to make choices in how they deal with enemies, which include, roving gangs of human scavengers not unlike themselves, military elements and infected civilians.

Players also have an opportunity to interact together with elements of the world around them, which helps to build the bond between Joel and Ellie. Resources in the game are scarce, making overwhelming use of firepower unlikely and unwise in conflicts, and resource gathering missions. In addition, most other residents of the ruined world that are encountered are just trying to survive – blurring the line between good guys and bad guys. Finally, game AI react differently depending on the specifics of the player's actions, making choice in gameplay a major consideration.

The Last of Us: Left Behind

Also coming soon is The Last of Us: Left Behind DLC where Ellie returns as new light is shed on her relationship with Riley, her best friend from the military boarding school they both grew up in. After inexplicably disappearing for weeks, Riley reemerges in Ellie’s life with a surprising revelation. The two sneak out of their school for the last time, leading to a series of events that will forever change both of their lives.