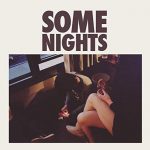 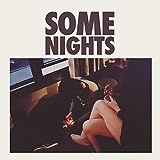 Add to cart
Rating:
Amazon Price: N/A (as of March 8, 2020 6:00 am – Details). Product prices and availability are accurate as of the date/time indicated and are subject to change. Any price and availability information displayed on the Amazon site at the time of purchase will apply to the purchase of this product.

Having earned widespread acclaim with their 2009 debut album, Aim & Ignite, fun. decided to raise the stakes with this album, their first on Fueled By Ramen, by teaming with noted producer Jeff Bhasker (Kanye West, Jay-Z, Alicia Keys, Beyonce, Drake).

The first single from Some Nights, "We Are Young (Feat. Janelle Monáe)," has generated quite a buzz, hitting the top 3 on The Hype Machine music blog aggregator in its first week of release, not to mention the top 5 on iTunes' "Top Alternative Songs" sales ranking. What's more, "We Are Young" has received major airplay from KCRW's influential Morning Becomes Eclectic, while USA Today applauded the "baroque indie-popsters" for "(making) a counterintuitive play for the big time, slowing down for the massive singalong chorus."