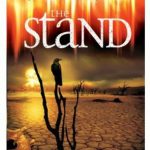 Add to cart
Rating:
Amazon Price: $9.99 $9.99 You save: (%) (as of March 18, 2020 8:19 am – Details). Product prices and availability are accurate as of the date/time indicated and are subject to change. Any price and availability information displayed on the Amazon site at the time of purchase will apply to the purchase of this product.

Originally aired as a television mini-series, this all-star filmization of Stephen King's gripping epic of good versus evil chronicles the episodic adventures of a disparate group of people who struggle to reestablish civilization after a man-made catastrophe wipes out most of the world's population. The world abruptly ends when a deadly virus accidentally escapes from a government sponsored biological warfare laboratory. Soon people are dropping like flies from the plague, but a few survive and find themselves strangely compelled to head into the West. Good-hearted people follow the voice of an ancient black woman and head for Boulder, Colorado. Bad people follow the enigmatic Walkin' Dude to Las Vegas. It is only a matter of time before the two sides are forced into a climactic battle over the final fate of humanity.