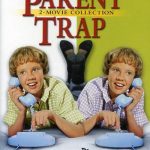 Add to cart
Rating:
Amazon Price: $5.99 $5.99 You save: (%) (as of March 10, 2020 6:35 am – Details). Product prices and availability are accurate as of the date/time indicated and are subject to change. Any price and availability information displayed on the Amazon site at the time of purchase will apply to the purchase of this product.

THE PARENT TRAP: Hayley Mills, Special Academy Award(R) winner for 1960's POLLLYANNA, lights up the screen in Disney's fondly remembered release of THE PARENT TRAP. Mills stars as Susan and Sharon, identical twins separated at birth. Neither twin knows the other exists until a simple twist of fate finds them at the same summer camp. Then, realizing who they are, they plan a little twist of their own. They switch places with high hopes of getting their parents back together. This delightful and heartwarming comedy will have your whole family doubling up with laughter. THE PARENT TRAP II: First time on DVD! In the full-length sequel THE PARENT TRAP II, Hayley Mills returns to reprise her roles as identical twins Sharon and Susan. Now all grown up, Sharon is a single mom whose 11-year-old daughter Nikki is just as mischievous as she was! During summer school Nikki and her new friend Mary turn into scheming matchmakers when they try to get Sharon and Mary's widowed father together. Not quite able to make it happen, they turn to the one person who can really help — Sharon's twin Susan!