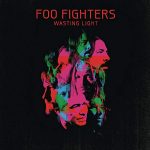 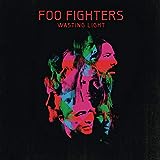 Add to cart
Rating:
Amazon Price: $11.14 (as of March 10, 2020 3:59 pm – Details). Product prices and availability are accurate as of the date/time indicated and are subject to change. Any price and availability information displayed on the Amazon site at the time of purchase will apply to the purchase of this product.

Produced by Butch Vig and mixed by Alan Moulder, Wasting Light was recorded entirely on analog tape in the garage of Grohl's home in California's San Fernando Valley. The no computers/no software back to basics approach has resulted in arguably the strongest and most cohesive effort of the band s 15-year-plus career: From first single Rope to the frenetic opener Bridge Burning to the beautifully bipolar These Days to stunning guest spots from Bob Mould ( Dear Rosemary") and Krist Novoselic ("I Should Have Known"), Wasting Light is a singular triumph: a band that's headlined arenas, stadiums and festivals the world over stripping itself down to the bare essentials and coming up with a world class band's finest hour.