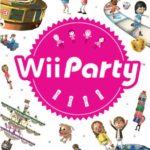 Add to cart
Rating:
Amazon Price: $40.95 (as of March 12, 2020 8:26 am – Details). Product prices and availability are accurate as of the date/time indicated and are subject to change. Any price and availability information displayed on the Amazon site at the time of purchase will apply to the purchase of this product.

Nintendo’s throwing the party of the year and everybody’s invited! Social Play Wii Party is a social experience for the entire family and beyond. By focusing on interactive group play that features Mii characters as the stars, Wii Party isn’t the life of the party…YOU are! All-New Experiences Wii Party introduces several new ways to play that break the traditional party-game mold. These games change how players interact with each other by taking what’s on the TV screen and bringing the action out into the living room. From carefully passing the Wii Remote controller around like a time bomb, to searching for hidden Wii Remote controllers, these games turn Wii Party into a house party! Board Games and Beyond Wii Party features 13 unique party games that include interactive four-player board games, cooperative and competitive two-player games, familiar favorites like bingo, and over 80 mini games that feature all types of game play and motion control. With Mii characters front and center, there’s something for everyone…starring everyone!