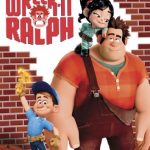 Add to cart
Rating:
Amazon Price: $39.99 $29.99 You save: $10.00 (25%) (as of March 5, 2020 10:17 am – Details). Product prices and availability are accurate as of the date/time indicated and are subject to change. Any price and availability information displayed on the Amazon site at the time of purchase will apply to the purchase of this product.

Help Ralph earn the wreckognition he deserves before it’s game over! The film may be over, but the fun’s just begun! A new army of Cy-bugs threatens Mr. Litwak’s arcade and it’s up to Ralph to prove that there’s more to him than his bad guy reputation suggests. Team up with the misunderstood Ralph and perpetual “good guy” Felix as they set out on a wild, game-hopping journey to restore peace and destroy the evil insect race that threatens their home.

Features:
On the Fly Swappable Characters: Use Wreck-It Ralph’s brawn to destroy obstacles or Fix-It-Felix’s magical hammer to repair them! Unique Environments: Venture through four distinct backdrops based on the featured film; from Sugar Rush to Hero’s Duty, every world is unique but equally action-packed and fun! Bragging Rights: Find and accumulate collectibles like Hero Medals and Easter Eggs that you can display in your trophy collection! Fun That Never Ends: Beat the game? No problem! Play it again and discover more challenging levels under a new set of rules!