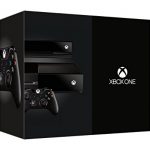 Add to cart
Rating:
Amazon Price: $478.00 $478.00 You save: (%) (as of February 20, 2020 2:54 pm – Details). Product prices and availability are accurate as of the date/time indicated and are subject to change. Any price and availability information displayed on the Amazon site at the time of purchase will apply to the purchase of this product.

Introducing Xbox One. Where the best games, multiplayer, and your favorite movies, music, sports and live TV come together in one place. Xbox One games look and feel incredibly real, with cinematic gameplay that rivals Hollywood. Watch TV or chat with friends on Skype while you play, and keep on playing while smarter matchmaking happens behind the scenes. With Xbox One, you can snap two things side-by-side on your TV, and switch from one to another instantly. Cloud-powered and built for the digital age, Xbox One is designed to keep getting better over time.*

Depending on the game or app, you can control Xbox One using voice commands and gestures, a controller, a remote control or your Xbox One SmartGlass device. It is designed to interact with you in multiple ways.

Easily turn Xbox One and Kinect on or off.

To turn off your Xbox One, just say "Xbox Off." This puts Xbox One into standby mode where it's only listening for the voice command, "Xbox On." You can also turn off your Kinect through the system settings, or you can simply unplug it. Xbox One does not require a Kinect to be plugged in for the system to function.