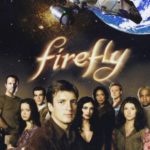 Add to cart
Rating:
Amazon Price: $49.98 $39.99 You save: $9.99 (20%) (as of March 12, 2020 2:43 am – Details). Product prices and availability are accurate as of the date/time indicated and are subject to change. Any price and availability information displayed on the Amazon site at the time of purchase will apply to the purchase of this product.

Five hundred years in the future there's a whole new frontier, and the crew of the Firefly-class spaceship Serenity is eager to stake a claim on the action. They'll take any job, legal or illegal, to keep fuel in the tanks and food on the table. But things get a bit more complicated after they take on a passenger wanted by the new totalitarian Alliance regime. Now they find themselves on the run, desperate to steer clear of Alliance ships and the flesh-eating Reavers who live on the fringes of space.