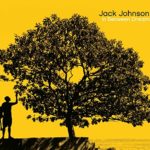 Add to cart
Rating:
Amazon Price: $12.89 (as of March 8, 2020 1:29 am – Details). Product prices and availability are accurate as of the date/time indicated and are subject to change. Any price and availability information displayed on the Amazon site at the time of purchase will apply to the purchase of this product.

For a man who gets his biggest kicks surfing the waves and strumming his guitar on a lonely beach in native Hawaii, singer-songwriter Jack Johnson has carved out quite a remarkable career on the mainland. His 2003 album, On and On, debuted at No. 3 on The Billboard 200 and subsequently went platinum on the back of hit single "The Horizon Has Been Defeated." The follow-up, meanwhile, seems destined to shine even brighter. The drifting chords and soft voice are still in place, only now Johnson's instinct for melody has sharpened alongside his ability to self-edit. These small concessions make third album, In Between Dreams, his most conspicuous, particularly on tracks like the three-minute relationship drama, "Sitting, Waiting, Wishing," and "Breakdown," a song he originally recorded for Handsome Boy Modeling School's White People album remade here to reveal its full stripped-down loveliness. Imagine all the coconuts it will buy. — Aidin Vaziri