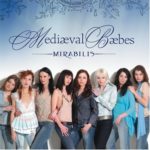 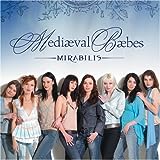 Add to cart
Rating:
Amazon Price: $9.98 (as of March 20, 2020 12:26 pm – Details). Product prices and availability are accurate as of the date/time indicated and are subject to change. Any price and availability information displayed on the Amazon site at the time of purchase will apply to the purchase of this product.

The Mediaeval Baebes are eight young women who share a passion for music several centuries old but are as 21st century as they come. Mirabilis is the latest studio album from the eight chart-topping singers and instrumentalists. The title is a mediaeval Latin word with pagan associations used to describe the forces on the edge of the world and with its mix of gothic, pagan, religious and historical connotations, it brilliantly sums up the Baebes' eclectic approach. The Baebes sing in several languages on the album, including Middle English, Manx, Cornish, Latin, mediaeval Italian and sixteenth-century Swedish. Mirabilis features rich, luxurious textures and evocative sounds–as well, of course, as the baebes trademark seductive vocals. Nettwerk. 2005.