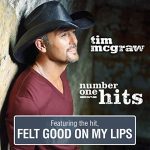 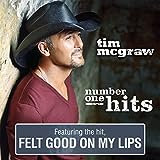 Add to cart
Rating:
Amazon Price: N/A (as of March 10, 2020 5:54 pm – Details). Product prices and availability are accurate as of the date/time indicated and are subject to change. Any price and availability information displayed on the Amazon site at the time of purchase will apply to the purchase of this product.

Tim McGraw has spent the last decade in the upper reaches of the entertainment world. His is a career marked by superlatives: By record-breaking tours and multi-platinum albums, and more recently by an expanding presence in movies. And yet, at bottom, McGraw's success is part and parcel of his everyman status, of his ability to be known as husband and father as well as singer and actor, as citizen and friend as well as superstar. It is his believability, his knack for connecting with his audiences, whether he is singing a classic like "Live Like You Were Dying" or playing the troubled father in Friday Night Lights. Now you can find his 22 number one hits all on two CDs. On November 30th, Tim McGraw is releasing Number One Hits plus the powerful new song "Felt Good On My Lips."