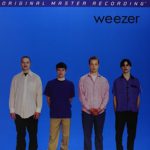 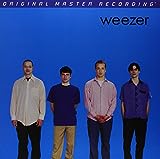 Add to cart
Rating:
Amazon Price: $59.99 (as of February 26, 2020 9:14 pm – Details). Product prices and availability are accurate as of the date/time indicated and are subject to change. Any price and availability information displayed on the Amazon site at the time of purchase will apply to the purchase of this product.

Numbered limited edition vinyl LP reissue. Remember when Weezer was just a bunch of hair metal poseurs? Yeah, we don't either. Surprisingly, that was the initial response to this debut album by jaded rock lovers and critics alike-before the latter started taking note of lead singer/guitarist Rivers Cuomo's careful synthesis of alt-rock with '70s trash-rock and a dash of power pop-a sound truly distinctive. This album brought us the beloved singles "Undone – The Sweater Song," "Buddy Holly," and "Say It Ain't So," and went on to eventually bring Weezer to the forefront. Produced by Cars frontman Ric Ocasek, this remastered 180-gram LP has been declared a total success by "Rolling Stone," and with its carefully improved instrumental separation and almost-doubled midrange energy, there's little question about why. Let Cuomo's urgent melodicism, memorable hooks, love for heavy guitars, and dry humor transport you to the magic of 90s. Enjoy your visit.