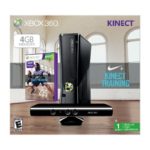 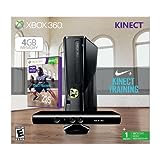 Add to cart
Rating:
Amazon Price: $399.99 (as of March 10, 2020 4:09 pm – Details). Product prices and availability are accurate as of the date/time indicated and are subject to change. Any price and availability information displayed on the Amazon site at the time of purchase will apply to the purchase of this product.

Xbox 360 gives you great games and entertainment, and now for a limited time get fit with an Xbox 360, Kinect Sensor and Nike + Kinect Training all in one package. With the largest portfolio of games, Xbox 360 has something for everyone – from classic titles to the biggest blockbusters. And built-in Wi-Fi makes it quick and easy to take your Xbox 360 online to play with friends wherever they are. You also get access to tons of great entertainment on Xbox LIVE, like HD movies, TV shows, live sports, and your favorite music. Entertainment is more amazing with Xbox.